“…Our community has never been rich in things; our treasure has always been our members. For a hundred years, we have been blessed with people who are generous, responsible, loving and accepting. Our people are not perfect; each has his or her own share of triumphs and disasters. We don’t pretend to be better than anyone else, but are determined to be the best we can be. We are grateful, proud and humbled by those who have gone before us and united with them and each other by our common faith and love of Jesus Christ. We are a family celebrating one hundred years of our journey together and, as we enter into our second century, praying for God’s guidance and blessings on our Parish and our world.” New Here?

Our vision and mission is to help connect people to faith

Preamble
Called by Jesus through baptism into his passion, death and resurrection and anointed by the Spirit, we, the people of God in the Diocese of London, are to be living signs of Christ’s presence in the world today. United in Christ, the Bread of Life, we commit ourselves to carrying out the mission of proclaiming the coming of the kingdom of God in our time. We embrace the Gospel – believing what we read, preaching what we believe, and practicing what we preach.
As a people of faith, trusting in the Spirit who leads us, we dedicate ourselves to the following goals:

Goal I: As living signs of Christ’s presence, we will respond to the call to personal holiness given to all by committing ourselves to opportunities for ongoing conversion and spiritual renewal.

Goal II: Called by Christ, we will evangelize through the clear proclamation of the Gospel and the constant teaching of the Catholic faith, assuring that such proclamation and teaching is linked to the life experience of the people.

Goal III: With our sights set on the mission of Jesus, we will minister with justice and compassion to the wounded, the searching, the entrapped and those in material and spiritual need.

Goal IV: As the Body of Christ, formed by word and sacrament, we will make provision for meaningful liturgical celebrations in our parish communities to ensure full, conscious and active participation by all.

Goal V: Inviting all to co-responsible ministry, we will encourage and support the ongoing formation of laity, religious and ordained.

Goal VI: Imitating Christ the servant-leader, we will employ and model governance practices at all levels that seek to: meet the needs of God’s people, support the Church’s mission, ensure appropriate participation in decision-making by the laity, religious and ordained, uphold Gospel stewardship, and promote accountability and transparency.

Sacramental, Mass Attendance, Finance and Other Trends
For more than 30 years, data has been collected regarding Sacraments. For the past three years, average weekend Mass attendance counts have been taken at all parishes.

The Sacramental data shows constantly declining levels of participation. For most Sacraments, this began most evidently after 1993. Some, but not all, of the reductions involve typically pre-school and school-age Sacraments (Baptism, First Communion and Confirmation) which can be associated with declining birth rates and student populations in Catholic schools, particularly in rural areas. Numbers of marriages show the most significant decline. Also funerals in churches have declined 18% from 1975 to 2010, though burials in larger Catholic cemeteries increased 200% for the same period.

Sunday Mass attendance is lower as well. The reduction across the diocese over the past three years was approximately 3.5%, ranging from a slight increase in the Ingersoll area to a 6% decline in Essex County. Catholics represent about a third of the general population in southwestern Ontario. Based on approximately 450,000 Catholics living in the Diocese of London, average weekend Mass attendance is around 14%. There are 120 parishes and Catholic communities in the diocese in 2010 compared to 171 in 1975. This reduction primarily results from parish reorganization over the last ten years.

Regarding parish finances, since 1994 the Sunday offertory revenues have increased 15.9%, which is slightly less than cumulative inflation over the same period. Almost all of this growth occurred before 2001.

Priests Available for Parish Ministry
The availability of priests has also been examined. Projections were first completed in 1991. We now have new projections based on significantly more data regarding age, retirement and other factors.

In 1991, there were 178 priests available for parish ministry in the Diocese of London. Currently 100 priests serve in parishes. Taking into account retirements, sabbaticals, new religious and international priests, and ordinations forecasted at about 1.7 diocesan priests per year, by 2025 there will be 73 parish priests, nearly half of whom would be priests from outside North America.

Parish Support Staff
Since 1995, the Parish support staff have increased from 462 to 513 individuals. 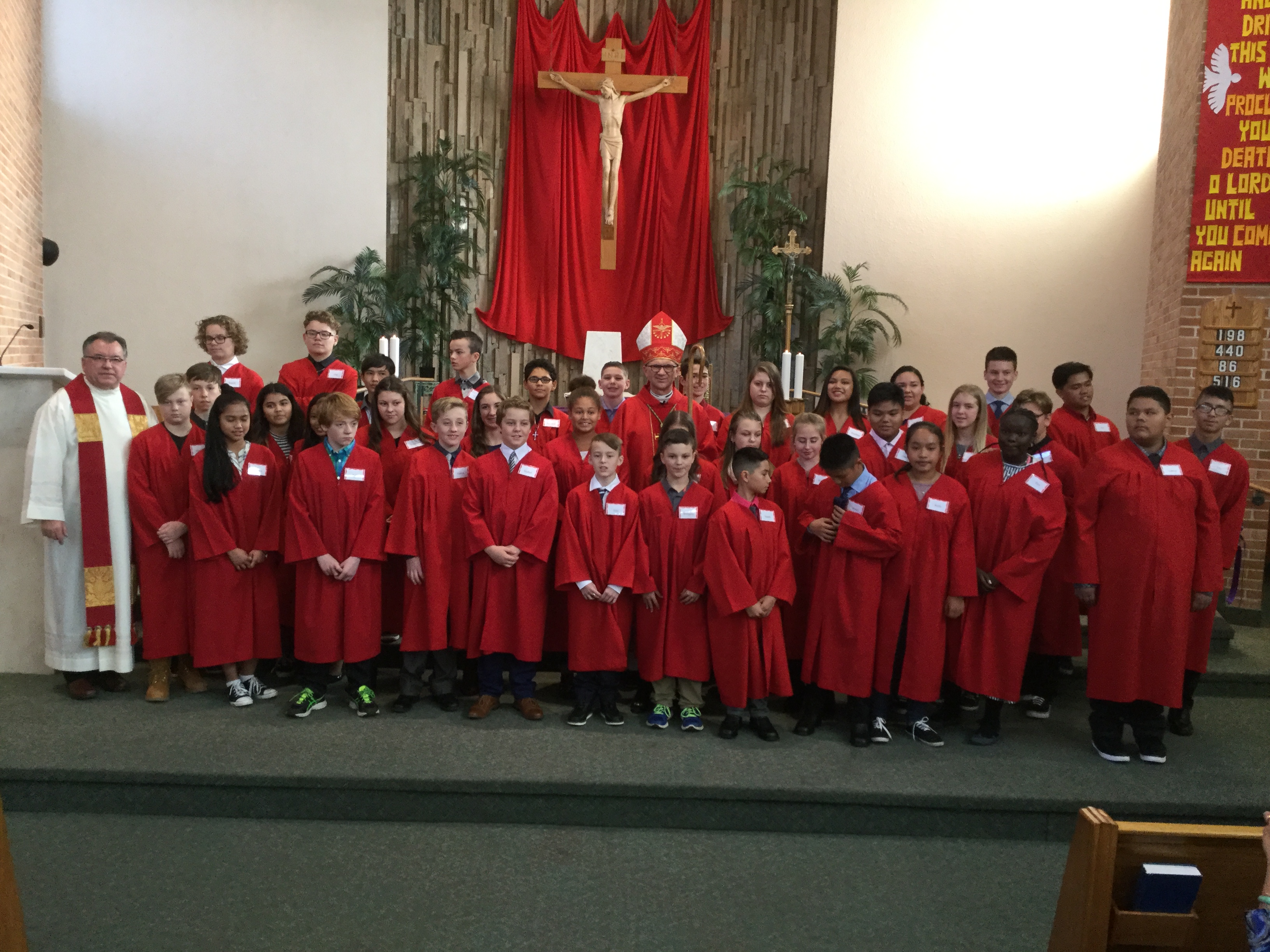 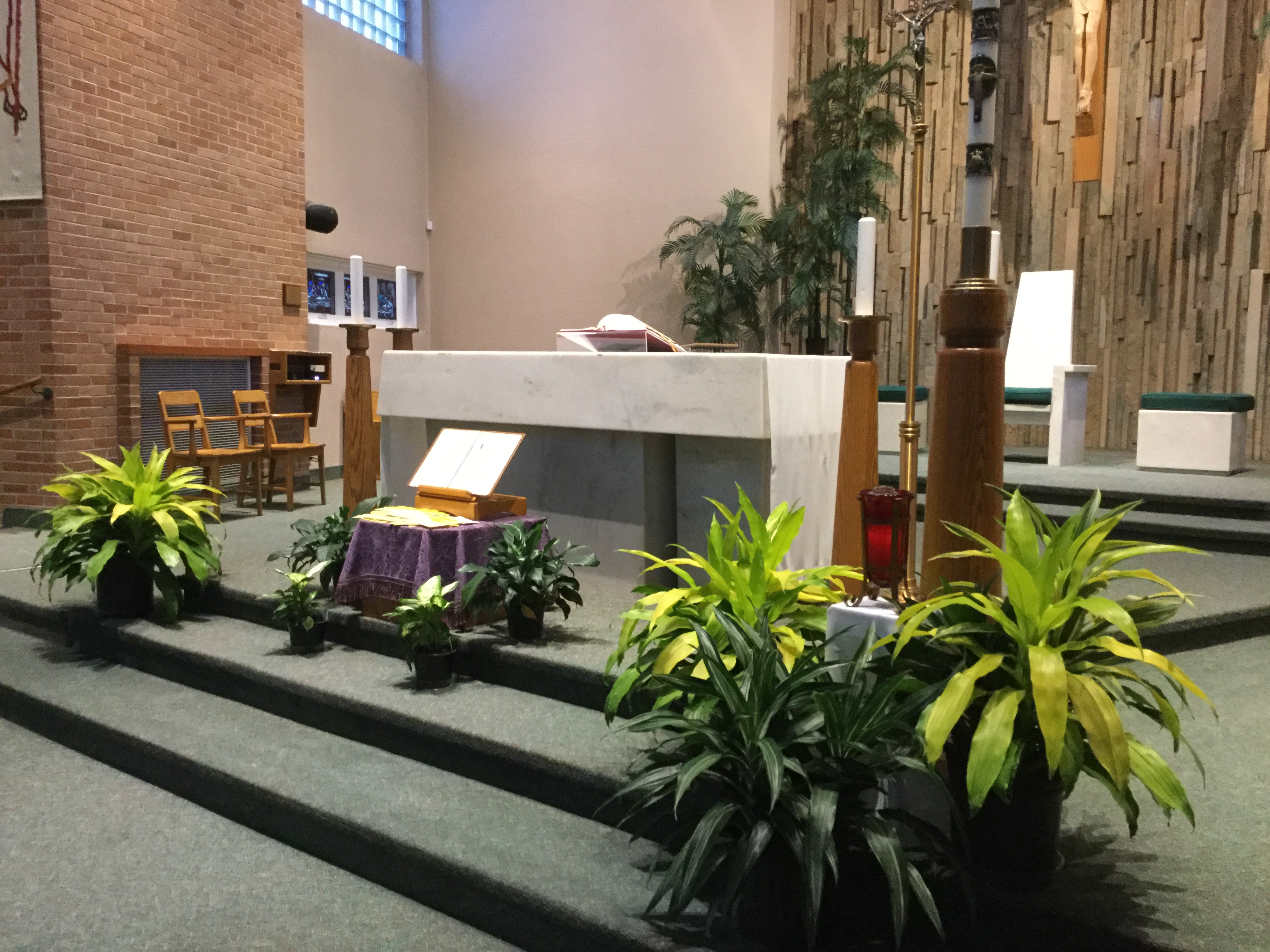 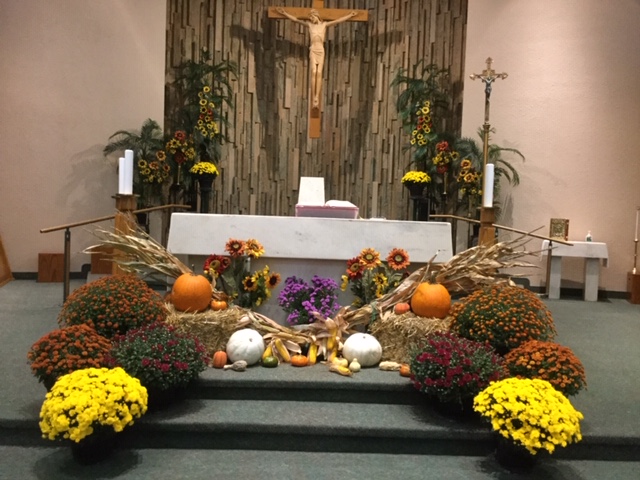 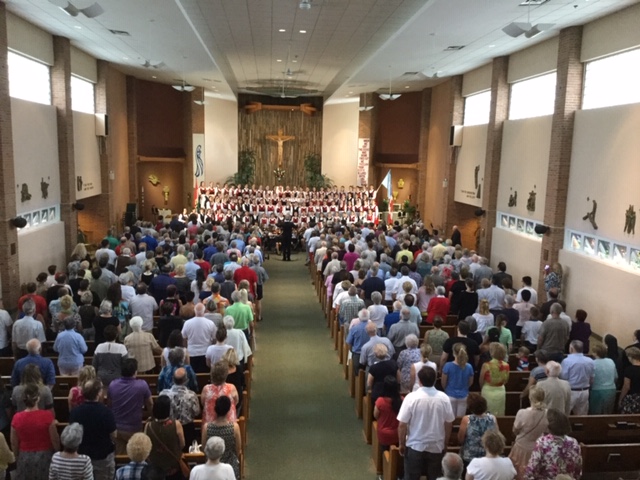 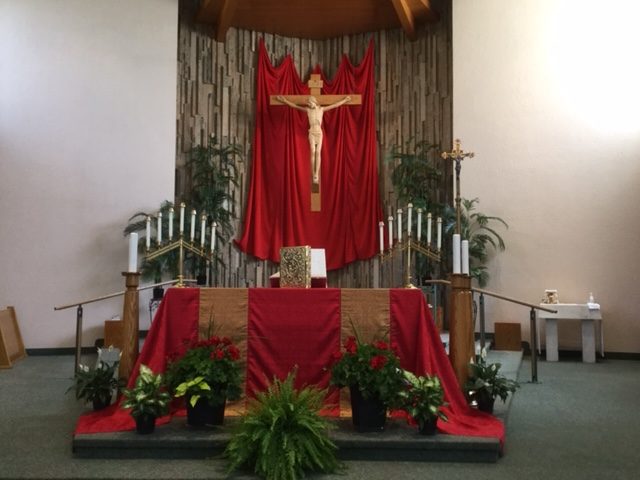 The Diocese of London is not strange to me as I was ordained to the priesthood at St. Peter’s Cathedral in 1978 and ministered as an associate pastor at St. Pius X (now Holy Family) in London; St. Benedict in Sarnia and then as Pastor at St. Joseph/St. Mary in Listowel & Hesson; then at Our Lady of Czestochowa in London & at Holy Angels in St. Thomas. The last 4 years I have spent at St. Teresa Parish in Toronto (Etobicoke). So I am coming home.

I belong to the Congregation of Saint Michael the Archangel (Michaelite Fathers) where I also serve as Vice-Superior. It is worth mentioning that Bishop Joseph Dabrowski, the Auxiliary Bishop of London was my first associate at Our Lady of Czestochowa. I am coming to London from a bi-lingual parish, where 6 Masses are celebrated every weekend, to St. Patrick’s Parish where there are only 2 weekend Masses – so it looks as though I will be slowing down… I have just received the first pension cheque from the government, so perhaps I have the right to slow down.

I am coming to St. Patrick’s with an open mind and heart. I am coming as a shepherd in order to serve, not to be served. Pope Francis reminded us that the true shepherds must be close enough to “smell the sheep”. I hope and pray that the Good Shepherd, Jesus Christ, will continue to bless me with good health and will give me strength to minister to you and to bring you closer to Him and to one another. I am not afraid of work and I am not afraid to speak up for Christ. I know I am coming to a parish family with many dedicated people ready to help me accomplish this. St. Augustin used to say: “For You I am a Priest and that terrifies me; but with You I am a Christian and that consoles me”. Let us keep on building up this faith community founded by many priests and dedicated parishioners. Remember that the main language which we will be using will not be Irish, Polish or Hungarian, or even English, but God’s language of love.

My friends, parishioners of St. Patrick, I am asking you to pray for me as I begin the ministry as your parish priest. I would like to conclude these few thoughts with the Pastor’s Prayer: Lord, You are the Shepherd of people everywhere; please help me as I guide the flock you have placed within my care. Keep me close to You, Lord, as I study, preach and pray, so I may reach and teach the lost to follow You today and always.

About
Our Mission
Our Team

Get in touch
Give
Where we are?
Contact Us